is a series of films about mischievous and charming cat by animator Simon Tofield.

is the British animator who started animating at a very young age, inspired by cartoons on TV. His first animations were created using flip-books in an attempt to emulate the techniques he saw being used on screen.

Simon's Cat films are made using Adobe Flash software, it takes about 25 drawings to create 1 second of a film. All the sounds and noises in the animations are also performed by Simon.

Simon has 4 cats in real life. Their names are Jess, Maisy, Teddy, and Hugh. 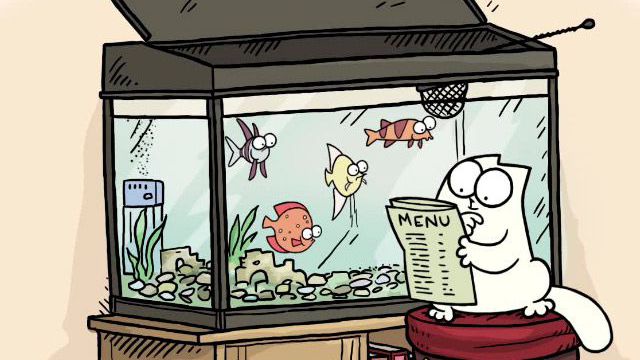